Gilgit-Baltistan: Before and After Partition

Several traditional trade corridors have historically connected Afghanistan, Gilgit Baltistan, and Ladakh. The cultural and the economic prosperity of the region depends on the vibrancy of these linkages and the existing travel embargo degrades the prospects severely. However, the perceived threat of pan-Shi’ism does not allow Pakistan to revive travel and activity on these roads. This way, Pakistani rulers have successfully restricted and weakened the Shias of Gilgit-Baltistan, and have forcefully conditioned them to live on subsidies and federal handouts.

Several traditional trade corridors have historically connected Afghanistan, Gilgit Baltistan, and Ladakh. However, the perceived threat of pan-Shi’ism does not allow Pakistan to revive travel and activity on these roads.

Before partition, the valley of Kharmang (in Gilgit-Baltistan) was an integral part of the Tehsil Kargil. In those times, Skardu (a city in Gilgit-Baltistan region) used to be the winter capital of Ladakh Wazarat while Leh was the summer capital. The provincial government would spend six months of winter in the beautiful landscape of Skardu and six months of summer in Leh. The seasonal shift  of the administrationl  brought immense activity and dynamism to the Kharmang, Wakha, and Sham Valleys where the cavalcades ebbed and flowed, creating an almost carnival like atmosphere. Accompanied by several bureaucrats, artisans, and ordinary people, the Wazirs, Kalons, Lonpos, and Trangpas passed along the Indus on horseback. The village elders would welcome the officials with gifts, Khatag scarves, and extended hospitality.

Contrary to that, locals today act as mere spectators and observe the decay and depletion of their resources at the hands of the encroaching Chinese Hans and Pakistani Punjabis.

It could be considered as a traveling festival from village to village as the caravans moved forward. At night, the fire dancers with flowers in their hats would perform with smoking juniper twigs, story-tellers would recite and perform the sagas of Ling Gesar, Gyalbucho Lobzang, and Yulstrung Karim, and the singers would sing traditional Gyang-Lu and Bar-gLu songs. The local villagers would arrange archery competitions, polo matches, and traditional feasts where every household would contribute food from their rations. Women would spend the entire day making dishes of every kind, and the children would rejoice in the excitement of the commotion. Entire village would be involved in these ceremonies together.

Contrary to that, locals today act as mere spectators and observe the decay and depletion of their resources at the hands of the encroaching Chinese Hans and Pakistani Punjabis. The war that led to Partition lasted only a few weeks but the miseries of the divided people of Gilgit-Baltistan and Ladakh continue till today. When the land got divided so did the families that lived on it. People from Kargil, Nubra and Sham suffered the most as they parted ways with loved ones with no hope to see each other again. It is estimated that more than ten thousand people in Ladakh and Gilgit-Baltistan belong to such divided families. In the last 48 years, only 23 people from Ladakh were granted visas to visit Baltistan while hundreds have died waiting.

Recounting the tragedies of the divided people, lest we lose them to oblivion:

Habibullah Mir was originally from Padum, Zanskar (in Ladakh). He was serving the people of Shigar valley (in Gilgit-Baltistan) as a teacher when the partition was announced. With no way to return to his family, he settled in the Yulskil village (in Gilgit-Baltistan) and carried on with teaching. Mir had a unique way of showing his love for Ladakh. Whenever he traveled to Skardu, he would stop at the bridge over the River Indus and collect some water. “This water comes from my Ladakh. It is like Zamzam for me”, he used to say, while referring to the Holy water that Muslims collect from Mecca during the Haj pilgrimage. Once bedridden and unable to travel, his son, Aslam, continued the tradition of fetching water for him from the Indus. Habibullah Mir took his last breath in 2012 while still yearning for a visit to his home in Ladakh.

Abdul Qadir, a refugee from Nubra Tehsil of Ladakh, was working in Baltistan when the border closed and he couldn’t return to his family on the Indian side. In the words of Musa Chulunkha, a journalist who contributes to BBC, Qadir devised a unique way to inform his family his whereabouts. With some effort, he got a chance to sing a melancholic breakup song on live radio. To Qadir’s luck, his family across the Line of Control in Nubra heard him sing, and found out that Qadir was still alive and residing in Skardu. The news of Qadir’s resurrection after all these years only added to the sorrow of his wife. With no hopes of cross-border travel, she made the ultimate sacrifice to reunite with her husband by jumping in the Shyok River that flows towards Baltistan. Her marginal swimming skills betrayed her dreams of opening eyes in the arms of her husband, and all Qadir could embrace was her shrouded dead body.

India recaptured the Hundarman village of District Kargil in 1971, only to find out that many of its residents were now living in Baltistan. Ilyas Ansari runs the Museum of Memories in Hundarman today that preserve the belongings and pictures of those trapped across the Line of Control. One victim, Zahra Bano still hopes to see the return of her brother, who is living in Skardu, under Pakistani rule. Victims of the partition like her, still hope for the return of their beloved who have been lost to them for over four decades now. For many time stopped the day they were separated from their loved ones. They do not see themselves any different from the items resting in the Museum of Memories, each with a tale to tell, cut off from their original surroundings. Failing to acknowledge this, they continue to live each day as it comes. Emotional poverty of this kind is worse than death, as nobody starves but one remains psychologically crushed.

For thousands of ageing people like Zahra and Qadir, hope is fast waning, as the Pakistani government categorically refuses to open the border. In the name of security, Pakistan has turned Gilgit-Baltistan into a massive jail. Those among the locals with a sense of injustice raise voices in moral outrage. “Both countries must lift travel embargo between Ladakh and Baltistan and facilitate the meeting of separated families at least once a year. Even Israel-Gaza border crossings open on occasions to enable humanitarian services. How can Pakistan justify calling India a security threat when cross-border trade flourishes through Punjab”, asks Musa Chulunkha.

For thousands of ageing people like Zahra and Qadir, hope is fast waning, as the Pakistani government categorically refuses to open the border. In the name of security, Pakistan has turned Gilgit-Baltistan into a massive jail.

Many people born after 1947 have accepted the  de facto frontier, drawn so recently, as set in stone. But for the educated youth, the existence of a border and travel restrictions are heart-breaking and the more they learn about the past, the more suffocated they feel. Repressing the wounds history has inflicted upon their land by feigning ignorance and compromising with the state of affairs is not an option for them anymore. They pine to recreate the time when people traveled freely and communities co-existed peacefully. They want to erase the artificial line that keeps members of the same ethnic group divided. Pakistan’s education system which has blurred the lines between facts and fiction, and which has unleashed divisive myths generated over the decades by the state media on the younger generation, poses the biggest challenge to this long-desired reunification of the people of the region.

These youth today are the only hope for the emancipation of Gilgit-Baltistan. They are not willing to give up just because history has committed an outrage against them. They have an important role to play in the conflict between India and Pakistan. The removal of Article 370 and creation of the Union Territory of Ladakh might well provide them with an opportunity to work towards the realization of this long-standing dream. With this new administrative rearrangement, Prime Minister Modi has blazed a trail for the reconstitution of a cultural unit that extends from Chitral to Tibet. An early merger of Gilgit- Baltistan with Ladakh is in the offing with the Kashmir issue eventually coming to its logical end.

The removal of Article 370 and creation of the Union Territory of Ladakh might well provide them with an opportunity to work towards the realization of this long-standing dream. With this new administrative rearrangement, Prime Minister Modi has blazed a trail for the reconstitution of a cultural unit that extends from Chitral to Tibet.

(This is Part II of a two part series on Gilgit-Baltistan.)

Senge Hasna Sering is the Founder of the Institute for Gilgit-Baltistan Studies. He was born in district Shigar, Gilgit-Baltistan. He is one of the most well-known scholars from the region. 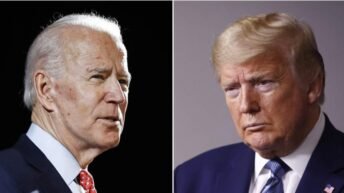 US Elections – Across the Presidential divide! 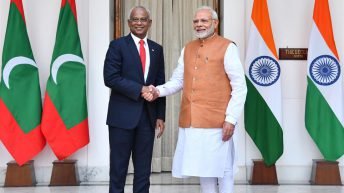 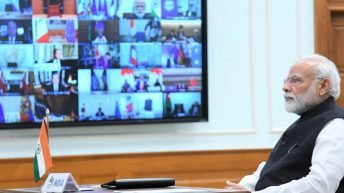 Digital Diplomacy in the times of pandemic