In July last year, China conducted the successful test-firing of a nuclear-capable ‘hypersonic’ missile, which, running at seven times the speed of sound, had entered low-earth orbit, circled the entire globe, and returned to hit a target in the Chinese mainland. The missile’s trajectory went through the South Pole where the American tracking doesn’t work.

The Americans were stunned. Six decades ago, in 1957, the Soviets had launched the first-ever earth-orbiting satellite by the name of Sputnik 1, leaving the American scientists similarly speechless and the American citizens worried about their future in the face of a wide gap in the scientific capability of the two superpowers. That anxious moment in America was described as the “Sputnik moment”.

Mark Milley, the Chairman of America’s Joint Chiefs of Staff, has called the current Chinese test  a “near Sputnik moment”. The Americans are now debating, not about how to neutralize the missile threat, but how to at least track it.

This and many such advances that China has made in the last couple of decades have convinced the strategists and policy makers in America that it aims at displacing America from the pedestal and taking over the mantle of world leadership.

How could China, long considered an underdog in technological innovations, leapfrog into the big league in frontier areas like space and maritime warfare in just a matter of two decades? Where exactly does it intend to head in this strategic surge? One of the best books to find answers to some of these questions was Rush Doshi’s “The Long Game – China’s Grand Strategy to Displace American Order”.

There is a rush of books on China in recent years. John Garver’s “China’s Quest”, Mohan Malik’s “China and India: Great Power Rivals” and Richard McGregor’s “The Party” and numerous books by Henry Kissinger belong to this category. Interestingly, Vijay Gokhale, India’s former Foreign Secretary, too authored an excellent book on China by the same title “The Long Game”. Rush Doshi’s book too is exceptional in many ways including its research depth and analytical profundity.

“Long Game”, as the title suggests, traces China’s journey through decades of determination and also deception to achieve capability to overthrow the ‘American order’ and replace it with a “China solution”, a phrase that started appearing in official communications of the Chinese leadership after 2010. Doshi insists that the rise of China today to world prominence in economy, technology and military power was not accidental but the result of a well-crafted strategy of its leadership over many decades.

Strategy as a loaded word is of recent origin. Strategia was a Greek word generally understood in the simplistic sense of the maneuvers of a military general in war, aimed at achieving some tactical advantage. But Doshi’s book insists that in China’s case, it was a long term focused effort, something like a “Hundred Year Marathon” as Michael Pillsbury described it.

Sun Yat-sen, the great Chinese statesman and the first provisional president of the Chinese Republic in 1911, was the first to use the word “rejuvenate China”. Since then, the phrase in its various forms became integral to Chinese strategic thinking in the last hundred years. Deng talked about the ‘great rejuvenation’ of China and so did his successor Jiang Jemin. “In the 100 years from the middle of the 20th century to the middle of the 21st century, all the struggles of the Chinese people have been to achieve the great rejuvenation of the nation”, Jiang insisted during the Party’s 80th anniversary in the mid-1990s.

The ‘strategy’ involved carefully assessing global developments and reassessing China’s priorities accordingly. Deng believed in 1980’s that economic superiority was a must for China’s grand rejuvenation and joined hands with America uninhibitedly. ‘Tao Guang Yang Hui’ – ‘Hide our strength and bide time’ became the driving motto of those years when the Chinese economy started surging ahead in every area with liberal assistance from the West. It benefitted China in many ways, by securing a Most Favored Nation status and entering the coveted WTO that had provided Beijing access to the world markets. But the hope of the West that economic integration would lead to democratization of China was belied by later developments. It instead turned out to be a step in the grand strategy of the Chinese Communist Party for global domination.

Three important global developments – the Gulf War, the Soviet collapse and the Tiananmen Square protest (which the Chinese saw as a Capitalist conspiracy) – had convinced the PRC’s leadership that they needed to counter America’s design to build a unipolar world order and also strive to achieve the objective of establishing a ‘Chinese pivot’ to the world order.

Hu Jintao decided to modify Deng’s formula of ‘hiding capabilities’ by advocating for ‘Actively Accomplishing Something’. That accomplishment included denial and denting of American capability in the region as a priority rather than building China’s own military might. In the early years of the new century, this strategic focus in denting American capability had resulted in developing ground-based lasers to jam American satellites and sea-skimming long-range missiles to stealthily target American ships at a long range.

Having thus rendered most of the American military assets obsolete, China has come out with aggressive capacity-building for itself in the last one decade. President Xi Jinping leads the charge in this final stage of the strategy with the slogan of “Striving for Achievement”. Aim is to succeed in offering “Chinese wisdom and strength” to the world, a euphemism for building a Sino-centric world order.

Rush Doshi’s book convincingly highlights these strategic moves of China over decades and  his assessments are supported by thorough research. Towards the end, it also attempts to give several suggestions to the American leadership as to how the Chinese machinations can be countered.

Reading the book, one gets a feeling that China has succeeded in flummoxing its American counterparts. Having declared itself as a “land and maritime power”, it is now challenging America by invoking concepts like polar and space BRI. Rush Doshi’s book is reflective of the American despair over China’s aggressive strategic maneuvers. Even his advice sounds more like a call for defensive American reaction than any proactive measures to counter China.

However, in a bid to infuse confidence, Doshi ends his book by returning to the Sputnik moment and President John F. Kennedy’s efforts to inspire the dejected nation. “What we have to overcome is that psychological feeling in the world that the United States has reached maturity, that maybe our high noon has passed, maybe our brightest days were earlier, and that now we are going into the long, slow afternoon… I don’t hold that view at all, and neither do the people of this country”. 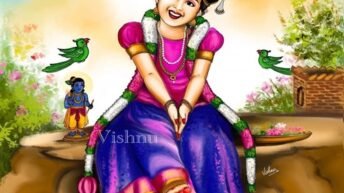