Timothy Snyder, Housum Professor of History at Yale University in the USA, is a recognized authority on authoritarian ideologies and their ability to undermine and nibble away at democracies. He has authored several books, the recent being a short educative essay titled “On Tyranny – Twenty Lessons from the Twentieth Century”.

In his book “The Road to Unfreedom: Russia, Europe, America”, Snyder continues his analysis of the rise of authoritarianism by focusing exclusively on Russia. It is essentially a clinical exploration of the politics of Vladimir Putin, President of Russia, who, according to Snyder, is exploiting the “capacious vulnerability within the European Union and the United States” to push forward with his agenda in the name of Eurasian integration.

Snyder argues that although Putin began his presidency in 1999 on the plank of anti-authoritarianism and pro-democracy by insisting that “history has proven that all dictatorships, all authoritarian forms of government, are transient. Only democratic systems are intransient”, he soon turned into an authoritarian himself. One twentieth century philosopher who came in handy for Putin was Ivan Ilyin. Ilyin abhorred democracy. “The principle of democracy is the irresponsible human atom”, he declared, adding “we must reject the mechanical and arithmetical understanding of politics” as well as “blind faith in the number of votes”.

Snyder highlights how Putin brought back Ilyin into Russia’s political discourse in the early part of his presidency. Ilyin died in Switzerland in 1954. Soviet Russia, in the throes of post-Stalin palpitations, didn’t bother to mourn much the death of this anti-Bolshevik fascist. But Putin found in Ilyin a useful symbol and resurrected him. Ilyin was reburied in Moscow in 2005 under Putin’s gaze. Putin started speaking about him often, inside the Duma and outside. His shenanigans got the clue and started projecting Ilyin as the philosopher of Russia’s future. It suited Putin because Ilyin, in true fascist tradition, talked about a ‘redeemer’ who would be a godsend and save Russia from the Communists on the one hand and the West on the other.

Hitler propagated that his was a divine mission. “I believe that I am acting as the almighty Creator would want”, he wrote in his autobiography. Ilyin too argued on similar lines that Russia would get a ‘redeemer’ who would make the ‘chivalrous sacrifice’ of shedding the blood of others to take power. Ilyin’s redeemer will be “sufficiently manly” and “we will accept our freedom and our laws from the Russian patriot who leads Russia to salvation”.

Putin’s authoritarian politics has turned Russia into a de facto one-party state. But his agenda goes beyond Russia. Building up Eurasia as a counterweight to the European Union, where politics of inevitability will play out at its fascist best, is the important mission for Putin. While Ilyin used the Orthodox Christian vocabulary like ‘salvation’ for justifying his fascist political ideas, Putin chose words like civilisation and culture to denote the same. “The great Russian mission is to unify and bind civilisation”, Putin wrote, adding, “In such a core-civilisation, there are no national minorities, and the principle of recognition of ‘friend and foe’ is defined on the basis of a common culture.”

“That politics begins with ‘friend or foe’ is the basic fascist idea, formulated by the Nazi legal theorist Carl Schmitt and endorsed and propagated by Ilyin”, Snyder quips. One may argue that Snyder demonises Putin from an extreme liberal point of view. However, the later part of the book which deals with Putin’s invasion of Ukraine in 2013 and occupation of Crimea in the name of ‘one civilisation’ certainly gives credence to Snyder’s warning about the authoritarian overdrive of Putin.

Snyder also argues that in his mission to undermine the European Union, Putin has used his army of bots and trolls to ensure that Brexit becomes a reality. “Brexit was a major triumph for Russian foreign policy, and a sign that a cyber campaign directed from Moscow could change reality”, he writes.

Then comes the most interesting part of the book, in which Snyder convincingly argues that Trump was Russia’s and Putin’s choice for America’s presidency. So much controversy has erupted over Trump’s links with Russia or the role played by the Russians in his election in 2016. But despite best efforts by the US Congress, the judiciary, the media and civil society, Trump succeeded in negating that propaganda during his four-year tenure as the President.

However, Snyder comes out with massive conjectures in his book linking Trump with the Russian oligarchs and Putin’s media and internet tech-machine. He explains how the Trump Tower in New York became the hub of Russian operatives during the US Presidential elections in 2016, and how a massive vilification campaign against Hillary Clinton, the Democrat candidate and an equally massive support campaign in favour of Trump as a “successful businessman” was unleashed by Russian media channels including RT, fake Facebook accounts, Twitter bots, algorithms, and real persons – in a way the entire internet.

Snyder worries that American institutions like the Congress, judiciary and media failed to understand the trappings of the authoritarian campaign launched from Russia and fell victims to it many times. He insists that it will surely take the West down the “path of unfreedom”.

“It would help the cause of democracy if citizens knew more about Russian policy, and if the concepts of “news”, “journalism”, and “reporting” could be preserved on the internet. In the end, though, freedom depends upon citizens who are able to make a distinction between what is true and what they want to hear. Authoritarianism arrives not because people say that they want it, but because they lose the ability to distinguish between facts and desires” Snyder meaningfully warns. 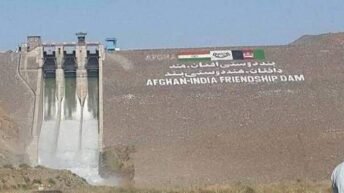 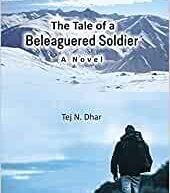