Book Review: Liberalism and Its Discontents

Francis Fukuyama is one of the West’s most renowned public intellectuals with profound liberal credentials. Once acquired name and notoriety for his theory of the “End of History”, Fukuyama traveled a distance in the last three decades. When he exuberantly declared at the time of the Soviet collapse in the 1990s that the world had come to an ideological tether end and the only panacea left for the mankind was to follow the Western liberal order, he was challenged by many on the other side of the ideological spectrum, the conservatives. Samuel Huntington, an ardent advocate of Conservatism, had come out with his provocative work called the “Clash of Civilisations”, directly challenging Fukuyama’s thesis. Far from unipolarity, the ideological world had been divided on civilisational identities and that will be the new source of conflict in the world, Huntington argued.

Vocal and aggressive, the liberal establishment had pounced upon Huntington for his insistence on cultural and national identities, and dubbed his thesis as racist, parochial and fascist. Huntington no doubt articulated illiberal and extreme Right views that deserved criticism and correction. But the degeneration and decay in the liberal world too needed to be critiqued. In the last couple of decades, several political commentators have come out with scathing works like “Liberal Fascism” and “The Tyranny of Cliches” by Jonah Goldberg and “Listen Liberal” by Frank Thomas. But those commentaries were from a conservative perspective.

This time, in “Liberalism and Its Discontent”, it was Fukuyama himself who had come out with an honest critique of liberalism, a self-criticism of sorts. Liberalism was subjected to scrutiny by many in the last more than two centuries. Putin called it “obsolete”. Conservatives raised hackles for decades. But, classical liberalism’s severest challenge comes from radical Left Liberals and neoliberals too, Fukuyama argued in this new book. In that sense, this book is a refreshing effort at saving liberalism as an idea committed to allowing individual consciousness, managing diversity and promoting societal unity from the new breed of liberals.

Although hijacked by the establishment Left, classical liberalism had several noble aspects comparable to Eastern religions. For example, human dignity as a liberal principle was integral to Hinduism and many other Eastern cultures. Western liberals “believed in the universality of liberal values and the underlying model of humans as autonomous individuals only because they were unaware of the very different cultural traditions and assumptions of the territories that they had conquered”, wrote historian Pankaj Mishra.

Fukuyama argues that at the “heart of the liberal project” is the assumption that “there is an underlying moral core that all human beings share and can recognise in one another”. That moral core was described in Hinduism as Dharma or Brahma. “Sarvam Khalvidam Brahma” – everything that exists is a divine order, averred Hindu scriptures.

Western liberalism’s journey began as an endeavour to free the European societies from the rigid religious and moral order they were subjected to by the organised religions and belief systems. Medieval Europe, before the advent of the Enlightenment and Liberalism eras, was, in Thomas Hobbes’ words, “every man against every man”. Fukuyama points out that “Martin Luther struggled with the emperor Charles V; the Catholic League fought the Huguenots in France; Henry VIII sought to separate the Church of England from Rome; and there were conflicts within the Protestant and Catholic camps between high and low church Anglicans, Zwinglians, and Lutherans, and many others”. People were branded witches and heretics and regularly burned at the stake in thousands. Added to that were the Crusades – the religious wars that the Jesuits fought with the Islamists.

The classical liberalism of Hobbes and Rousseau was in a way an answer to this prevailing situation in Europe. “Classical liberalism can therefore be understood as an institutional solution to the problem of governing over diversity, or, to put it in slightly different terms, of peacefully managing diversity in pluralistic societies”, explains Fukuyama.

But in two centuries’ time, liberalism has donned a totally different avatar, of an intolerant, aggressive anti-society, anti-nation and anti-culture crusade. Liberal dogma became a new version of fascism, rejecting the order and championing anarchy. Fukuyama, in his introspective narrative, seeks to challenge this version of liberalism, whether neoliberalism or radical Left liberalism. In the process, Fukuyama ends up in a way as a defender of what the classical conservatives stood for – the social, national, cultural and religious identity of the mankind in addition to the individual autonomy that liberalism zealously “carries to an extreme”.

Fukuyama admits that “many religious conservatives see liberalism as promoting a general moral laxity”, and nationalists complain that “liberalism has dissolved the bonds of national community”. But the question he raises is “whether there is a realistic way to roll back the secularism of the contemporary liberal societies and reimpose a thicker moral order”. Paraphrasing Winston Churchill’s words about democracy, Fukuyama quips that “liberalism is the worst form of government except for all others”.

In the final chapters, Fukuyama concedes many conservative arguments. “It is possible to organise a form of liberal politics around cultural units”, he says citing India as an example. National identity, which the liberals abhor, “can be shaped to support rather than undermine liberal values”, he contends. National citizenship should be “a point of pride”, he advises. He decries the progressive left’s propensity to overemphasise race, ethnicity and gender as diversity but reject political diversity or diversity of religious views.

Liberals must recognise that “human autonomy is not unlimited”, exhorts Fukuyama, to the chagrin of many radical Left-liberals of today.

Fukuyama ends his thesis by arguing for what the Financial Times called “liberal centrism”. He advises the liberals to borrow a page from the ancient Greeks. Invoking two Greek concepts – meden agan, meaning ‘nothing in excess’, and ‘sophrosune’, meaning ‘moderation’, Fukuyama fervently appeals to the liberals for “a sense of moderation, both individual and communal”, for the “revival, indeed, to the survival of liberalism itself”.

There cannot be an eminent “diagnostician” for the liberals than the experienced Francis Fukuyama. This tiny book of around 180 pages is a must read for the liberals in particular, but all political thinkers in general. 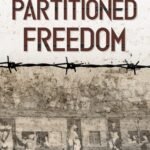 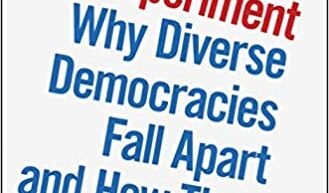 Book Review: The Great Experiment: Why Diverse Democracies Fall Apart and How They Can Endure 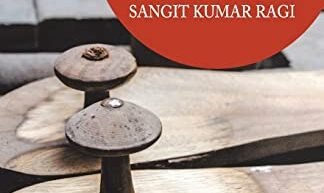