In the history of humanity, the last five centuries of the pre-Christian era were a golden period of reason and logic. The Greek and Roman philosophers on one side and the Vedic, Buddhist, Jain and Nastik (heterodox) scholars on the other had made the world a rich place for thought, reason and rejection of orthodoxy.

Having started its journey with profound philosophers of the Greeks like Thales of Miletus (whom Aristotle called the first philosopher of the world), Anaximander and Pythagoras to the Athenian school of philosophers like Socrates, Plato and Aristotle, the West had suddenly plunged into prophetism and philosophical absolutism with the rise of Jesus of Galilei in the 1st century CE followed by Prophet Mohammad in the 7th Century CE. It took a millennium for it to return to reason, when the Age of Reformation began  in early 16th Century CE.

Jesus and Muhammad had left lasting impact on mankind creating the world’s first and second largest religions. Prophets were the messengers of God’s word, who had the privilege of divine revelation. Christianity and Islam were as much political as prophetic. They were shaped, besides revelations of the God, by the contemporary political situations also. When Jesus was crucified, he left behind a small band of followers. But the religion grew into a mighty force when the Roman Emperor Constantin declared himself to be a Christian in the early 4th Century. State patronage became the prime force behind the spread of Christianity.

Jesus’ claim as the Son of God and his teachings about God’s Kingdom became irritants for the Jewish priests who forced the Roman Governor Pontius Pilate to crucify him. Like Jesus, Muhammad too claimed connect with the God and receiving sermons from Him regularly during his meditative sojourns to a cave in Mecca. The chieftains of Mecca, followers of polytheistic religions, did not take lightly to Muhammad’s prophetism and pushed him out of the Arab world’s biggest trading city. Muhammad undertook the famous Hijrah – passage to Medina and started preaching to the tribes there. Having mobilized enough followers, Muhammad vaulted on to Mecca, captured it in a bloody battle and established the empire of Islam. Islam found support in the power of the sword for its rapid spread during and after the prophet. In Muhammad’s lifetime itself Islam had united entire Arab tribes.

Prophets in the West like Jesus and Muhammad were preachers. But the Eastern traditions had saints who were not preachers but masters. A preacher was to transmit what was revealed to him by the God. A master, instead, shares his own wisdom born out of a rational inquiry. The prophets claim to lead the followers into salvation. The masters show the path and guide the followers to seek Moksha themselves. Preachers preach and lead; masters live and guide.

One such master by name Siddharth Gautama was born in the Magadh region along the Himalayan slopes of North India. His father Suddhodhana was a leader of the Sakya clan and lived at Lumbini in present-day Nepal. Dating of Gautama’s period is still a debate among historians and is tentatively placed between the 7th and 4th centuries BCE.

Gautama grew up as the prince of the Sakya clan, which was known for its toughness and roughness. His father tried to ensure that Gautama was not exposed to the ordeals of the ordinary citizens of his kingdom and also the religious persuasions of the day. Gautama’s encounter with the reality of life happened when he one day witnessed an old man, a diseased man, a decaying corpse and an ascetic. These ‘four sights’ had caused agony to Gautama. He renounced his palace life, leaving behind wife Yashodhara and son Rahula, and embarked on an ascetic journey to find answers to human suffering.

He encountered several competing philosophical schools. There were priests pursuing the ritualistic religion of the Vedas; there were Jain teachers and there were Nastikas like the Charvakas and Ajivikas. Gautama went to several teachers until finally deciding to discard his search for truth from other masters and turn to his own Sadhna – meditation for the same. He sat down for meditation under a pipal tree at Bodh Gaya in Bihar with the determination not to rise until the real awakening – the Buddhahood was attained.

A week-long meditation awakened him into the answers for his quest. Thus was born the great philosophical school of Buddhism, not as any revelation nor as a military campaign but as a quest to find answers to fundamental questions about human existence. The Buddha was born. The ‘Four Noble Truths’ dawned on him as answers to his inquiring mind about human existence. The first was Dukha – the suffering that permeates the entire world. Buddha insisted that the world should be understood by three features (Trilakshana) – Dukha – suffering, Anitya – impermanence, and Anatman – egolessness. The second was Dukha Karana – cause of suffering. Buddha called Tanha – desire to be the cause of the suffering. Half a millennium later, the Christian theology also declares desire of Eve for the Forbidden Fruit to be the cause for human suffering. But where Buddha called it just the ignorance, Christianity called it the ‘Original Sin’. The third truth was Dukha Nivarana – mitigation of the suffering. Suffering can only be mitigated through renunciation of all desire. And the fourth truth was the Marg or Magga – path to renunciation of desire.

The path of renunciation will lead to Nirvana – the ultimate enlightenment or Buddhahood. It is eight-fold: right view – acceptance of the Four Noble Truths; right resolve – to live according to the Buddhist way; right speech – non-lying; right conduct – non-stealing, non-prostituting, non-drinking; right livelihood – not as a butcher or hunter or soldier; right effort; right mindfulness; and right Samadhi (meditation).

In recommending the path to Nirvana, Buddha came close to the Hindu philosophy of Moksha – freedom from rebirth. Buddhism accepted the Hindu concept of cycle of births and presented the Eight-fold Path for Nirvana – rebirthlessness.

Nirvana in Buddhism and Moksha in Hinduism are different from the Semitic doctrine of Heaven and Salvation. Unlike Salvation which guarantees a place in Heaven with an elaborate description, Nirvana or Moksha are not going to guarantee any place ‘to reach’. “Buddhism never specifies what is meant by ‘nirvana’. It defines what nirvana delivers us from but not what it delivers us to. It is paradise without a deity or a theology, a paradise not discovered outside, but realized within”, writes Kenan Malik.

Like his contemporaries, Gautama Buddha tried to bring reason and ethics as the path of the religion rather than some metaphysical somnolence. Buddha began his teaching at Sarnath, near Kashi, with five disciples. The first Buddhist Sangha was born. He travelled extensively in North India for over four decades propagating his ideas and laid the foundation for Buddhism in India. During his travels in Uttar Pradesh, Bihar and Nepal plains, Buddha encountered various philosophical doctrines and critiqued them from time to time. He made Sravasti in present day Uttar Pradesh his abode and attained Mahaparinirvana there.

It was the Sangha that carried the message of Buddha and Dharma far and wide. State patronage did come when Emperor Asoka declared Buddhism as the state religion in early 3rd Century BCE, but the religion spread to many parts of Asia through Bhikkus and Bhikkunis – the male and female monks.

Swami Vivekananda called Buddha a ‘reformer of Hinduism’ and said: “Buddha was a great Vedantist. Buddha never bowed down to anything — neither Veda, nor caste, nor priest, nor custom. He fearlessly reasoned so far as reason could take him. Such a fearless search for truth and such love for every living thing the world has never seen. Buddha was the Washington of the religious world; he conquered a throne only to give it to the world, as Washington did to the American people. He sought nothing for himself.” 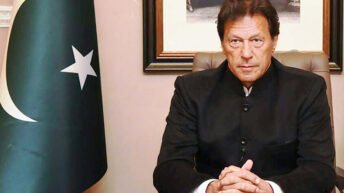