Gimhae is an ancient city in South Korea. It was the capital of the Geumgwan Gaya kingdom – one of the three ancient kingdoms of Korea. Gaya kingdom has a historic relationship with India that goes back by more than two millennia. Samguk Yusa (Memorabilia of Three Kingdoms), a 13th-century collection of legends, folktales and history of Korea’s three kingdoms narrates that story.

Princess Suriratna was the daughter of King Padmasena and his wife Indumati. Padmasena was the ruler of the kingdom of Kausala in North India, with Ayodhya as the capital. According to Samguk Yusa, in 48 BCE, the princess, then sixteen, travelled to Korea from the “ancient land of Ayuta” and married Kim Suro, founder and King of Geumgwan Gaya in south-eastern Korea.

This relationship is a cherished part of the folklore in that country. There are stories, songs and drama depicting the voyage of the princess from India to Korea. Gimhae city municipality maintains the tomb of the princess which was built atop a high mound facing the sea. Koreans believe that the princess gazes at the sea from that tomb on the high mound remembering her parents in India.

A sister-city agreement was signed between Gimhae and Ayodhya in the year 2000. Besides the tomb, Gimhae municipality has developed a nice memorial for Gandhi also. India is building a memorial for Princess Suriratna in Ayodhya.

Apart from these cultural linkages, India and South Korea share a few other commonalities. Like India, Korea also endured brutal colonisation for centuries that left bitter memories. When it finally came out of the colonial yoke after the World War II, it too had to endure a partition that tore it up into two parts across the 38th Parallel. Both India and South Korea have hostile borders that are heavily guarded. While India faces a threat from Pakistan, South Korea faces threats from its North Korean neighbour. South Korea, like India, is a functioning liberal democracy too.

During the Korean War in 1950-53, Indian soldiers were deployed as peace corps as part of the UN Peace Keeping Force. Indian medical contingent – the 60th Parachute Field Ambulance – was deployed at Pyongyang in November 1950 under the command of Lt Col Rangaraj. It was the last to leave what was to become North Korea in 1953. The American soldiers, who were fighting against the North Korean and Chinese armies, were retreating to the South when they found the team of Indian army medical corps jawans still stuck in the North. They asked the Indians to leave behind all medical equipment and retreat with them. But the Indian contingent refused. Amid heavy bombing, they collected medical supplies and loaded them into the wagons of an abandoned Japanese train. Luckily, a couple of jawans knew how to run a train engine. They brought all their men and medical supplies back to safety using that train. The engine that the jawans drove back stands at the border as a tourist attraction.

India headed the Neutral Nations Repatriation Commission (NRC) and was entrusted with the responsibility of overseeing the partition of Korea in 1953 that included the safe transfer of prisoners of war. Lt Gen KS Thimmayya was appointed Chairman of the Commission with Maj Gen SSP Thorat assisting him. The Custodian Forces of India arrived in July 1953. Praising India’s handling of the ceasefire and subsequent partition, renowned British philosopher Bertrand Russel wrote: “In the two matters, the mediation of India made it possible for agreements to be reached. A great deal of courage was needed since each side was angry whenever any concession was made to the other, so that the pursuit of even-handed justice led to unpopularity with East and West alike. For my part, I thought the decisions of the Indian authorities as regards Korea came as near to impartiality as is possible”.

Talking of the partition, Koreans were less lucky as the border between the two countries was declared as a De-Militarised Zone (DMZ) by the UN in 1953 and a contingent of over 30,000 foreign soldiers continue to guard it. The 4-km wide DMZ, the only such border in the world, divides North and South Korea. Although a multi-national force, ninety percent of the soldiers come from the US Military only, effectively placing the border control in the hands of America. It is the most heavily guarded border in the world. Thousands of soldiers of both countries line both sides of the border along side heavy artillery, rockets and other weapons.

But South Koreans are deeply committed to the unification of both Koreas. There is a Ministry of Unification in the South Korean Government. Two decades ago, when the relations between the two sides were better, the rich South Korean government took the initiative of establishing Kaesong industrial Park on the North Korean side of the DMZ in 2004. More than 120 South Korean companies started operations in Kaesong providing employment to more than 50,000 North Korean workers. This goodwill gesture from the South was to help the North earn foreign currency besides providing jobs to the workers.

The industrial park functioned well for more than a decade until tensions returned between the two sides with the rise of Kim Jong-un to power in Pyongyang. The industrial area was completely shut in 2016.

South Korea uses border tourism to showcase its commitment to peace and unification. One can go inside the DMZ to see the border line and also the ghost city of Kaesong using binoculars from the South Korean side. When the relations soured in the last decade, a ‘flag post war’ erupted between the two sides. The South Koreans hoisted their national flag on the border and the North challenged it by hoisting their flag on a taller pole. This competition went on until the North raised its pole height to 160 meters and the South decided to give up. Using the binoculars, one can see both the flags and also a huge and provocative slogan etched on the hills by the North claiming “Our country is the best”.

One interesting aside in this border drama is the “cow bridge” inside the DMZ. This bridge that connects two sides has an interesting history. Chung Ju-yung, the owner of Hyundai Motors, one of the South Korean behemoths, was originally from a poor family in North Korea. Chung’s father was a farmer. He had a few cattle, one of which he asked his son Jung to sell in the market to arrange for his daughter’s wedding. Jung sold the cow and fled to Seoul with that money. Always interested in doing something bigger than agriculture, Jung started a car repair workshop, which eventually became the Hyundai Motor Company.

This rags-to-riches story doesn’t end there. Jung wanted to pay back to his family and also the country. In 1993, he became the first person from the South in forty years to enter North Korea. He crossed DMZ to meet his father. With him were 1001 cows, of which 1000 cows were gifted to poor farmers in the North and one returned to his father.

South Koreans continue to cherish that goodwill for their counterparts in the North. There were huge celebrations when the North Korean athletes came to Seoul to participate in the Winter Olympics in 2018. Both teams marched together under the Korean Unification Flag during the opening ceremony of the Games. North Korean supreme leader Kim Jong-un sent a high-level delegation led by his firebrand sister Kim Yo-jong. She met South Korean President Moon Jae-in at the inaugural ceremony and shook hands with him. It was the first time after the Korean War that the leaders of the two countries at the highest level met directly.

Relations between the two Koreas deteriorated in the last few years once again. South has moved closer to the US by allowing for the deployment of the US-made THAAD anti-missile system in 2017. It is being wooed by the US to join the mega semiconductor manufacturing and supply chain alliance called Chip 4. The current government led by conservative President Yoon Suk-yeol is openly tilted towards the US to the chagrin of China. Relations between South Korea and China, despite bilateral trade being the highest at USD 300 billion, have become sour and uneasy.

South Korean economy is booming. Its democracy is thriving. Its society is progressive and open. Its history has many commonalities with India. All this should catapult India – South Korea relations to greater heights. Right now the bilateral trade stands at a meagre USD 23 billion, one-thirteenth that of China. Indian immigrant population too is just 15,000 whereas the Chinese immigrants are more than 6 lac.

India enjoys goodwill among ordinary Koreans. Its businesses in India – Hyundai, Samsung, Kia, LG and POSCO are thriving. BTS, the most popular K-pop group in Korea is a massive hit with youth in India, especially in the North East. Yet the relationship remains low-key. Its potential calls for greater people-to-people initiatives besides governments’ diplomatic efforts. 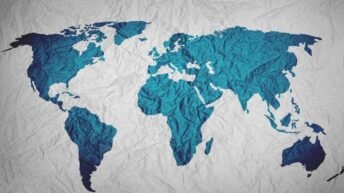