Waking up to China’s Menacing Communist Sphere of Influence

Time to recognise and ward off CPC’s many tentacles .

Recently, the White House National Security Advisor, Robert C O’Brien was in Phoenix, Arizona to address a meeting hosted by the Governor, Doug Ducey. The Communist Party of China was O’Brien’s focus. He also announced that his remarks were going to be the first ‘of several speeches senior Administration officials will give on this matter over next few weeks’. He named Secretary of State Mike Pompeo, Attorney General William Barr and FBI Director Chris Wray as the ones to follow. Clearly, the Trump administration is trying to make China the central campaign issue in the presidential elections later this year.

O’Brien talked about the ideology of the Communist Party of China – CPC, and how the Americans have failed to grasp it fully. He described President Xi Jinping as the successor of Joseph Stalin, who was responsible for the death of over 20 million Russians during his regime in the Soviet Union. “The Chinese Communist Party seeks total control over the people’s lives. This means economic control, it means political control, it means physical control, and, perhaps most importantly, it means thought control”, the NSA said.

O’Brien was right. The CPC obsessively wants to control not just the actions, but even the thinking of the Chinese people. China is an ancient civilisation. It is home to great religions like Taoism and Buddhism and philosophies like Confucianism. Yet, the CPC is driven by none of these. For the CPC, China should be driven by the Marxist-Leninist thought and the country’s history of the armed struggle culminating in the establishment of the Communist regime in 1949 under Mao Tse Tung’s leadership.

The Marxist ideology of proletarian dictatorship, in which man exists only to serve the state, has been rejected by the entire world. It met with its Waterloo in the Soviet Union in just seven decades. All other countries too have rejected this totalitarian ideology. Yet, the ‘Communism with Chinese characteristic’ is still kicking in the CPC-led China. Stalinist brutality and Maoist ruthless control are the order of the day in Xi’s regime.

CPC’s most powerful tool is propaganda. In China, it goes on relentlessly. Every mobile phone comes with an app proclaiming Xi Jinping Thought. Reeducation has been made mandatory to all the cadres. Party schools flourish all over the country. For those like the hapless Uighur in Xinjiang, concentration camps and forced reeducation are the way. While the Uighur elders languish in concentration camps, their offspring are at the mercy of the party in its orphanages.

But under Xi, the export of this thought has returned to the Stalinist era intensity. Many Chinese universities have tied up with universities in the west, especially in America, to run collaborative centres that spread Chinese propaganda in the academic world. Several of the Ivy League universities have such Chinese-funded programs. There are countless radio stations and podcasts that constantly blare pro-China cacophony. The Chinese Global Television Network has spread its tentacles far and wide. Confucius centres have mushroomed in hundreds all over the world. We must also note that the CPC’s influence extends to many UN organisations. At least four UN organisations are headed by the Chinese today. The other four permanent members together don’t head as many.

The CPC’s influence extends to many UN organisations. At least four UN organisations are headed by the Chinese today. The other four permanent members together don’t head as many.

This kind of intense global engagement was the norm during the Cold War era. The Soviets and the Americans had competed with each other for influence across the world. In America, this was a major scare in the 1940s and 50s. The famous Eisenhower Doctrine proclaimed by President Dwight D. Eisenhower in 1957, had focused on securing nations from the aggression of the ‘international communism’. Eisenhower doctrine came as a follow up to the much-maligned ‘McCarthyism’, that refers to the Red Scare generated by the Republican Congressman Joseph McCarthy in 1940s and 50s. While McCarthy was decried and dismissed for his sweeping and unsubstantiated scare-mongering, there was a serious realisation about the danger of Soviet Communism spreading its tentacles in many countries in the world. Eisenhower Doctrine was a result of that realisation. The very same fears seem to have returned to America today.

In the past, countries like Indonesia have launched massive and brutal purges to eliminate any traces of Communism from their soil. General Suharto had launched an infamous campaign against communism in the 1960s that led to the deaths of an estimated one million Communist sympathisers and cadres. Having erased Communism from Indonesia in a most savage manner, President Suharto had built a Museum of Communist Treachery at Lubang Buaya on the outskirts of Jakarta that exists even to this day.

Calling Socialism and Communism as western ideas that are “fundamentally different from ours”, Gandhi declared “I do not subscribe to it”.

India too had been a victim of these pernicious influences of Communism that had harmed national interest on many occasions. Jawahar Lal Nehru was among the first senior leaders to have openly professed love for Communism. Mahatma Gandhi, however, was categorical about his dislike for it. Calling Socialism and Communism as western ideas that are “fundamentally different from ours”, Gandhi declared “I do not subscribe to it”.

Nehru, on the other hand, had openly articulated his fascination with Communism. In his autobiography, Toward Freedom, Nehru wrote, “… the theory and philosophy of Marxism lightened up many a dark corner of my mind…… I was filled with a new excitement”. The Soviets were the first to find a soft target in Nehru. He was invited to Moscow in 1927 to attend the first decennial of the October Revolution, together with his family including Motilal Nehru. The Soviets had turned their attention to Indira Gandhi when she accompanied her father to Moscow in 1953. That relationship continued and got extended to Rajiv Gandhi. Mitrokhin Archive graphically reveals how both Indira and Rajiv benefitted from the Soviet largesse and how Rajiv had thanked them for the monetary support for his family.

It naturally intrigues everyone that Rahul Gandhi signs an MoU with the CPC on Congress party’s behalf and the Rajiv Gandhi Foundation receives large sums from them. Time to remember that the CPC’s stated objective is creating a “community of common destiny of mankind” – that common destiny being the ‘Xi Jinping Thought’.

Australia – Preparing to Take on China: Part I 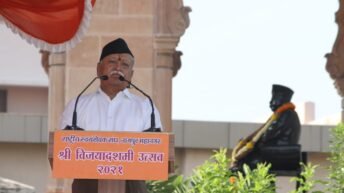 A CLARION CALL FOR UNITY AND NATION BUILDING