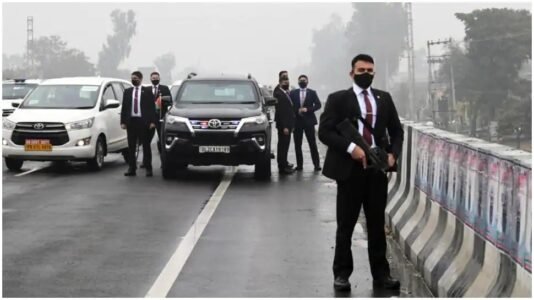 Sandhya Jain
298 views
Add comment
8 minutes
The Punjab Police cannot evade censure as it was its responsibility to ensure that the Prime Minister’s back-up route by road was sanitised. 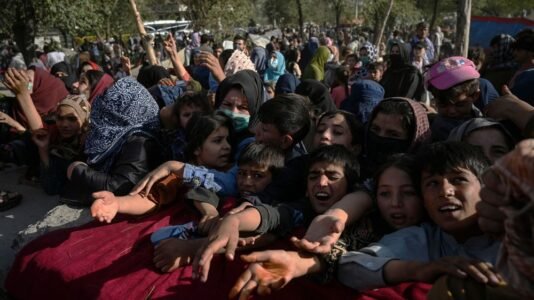 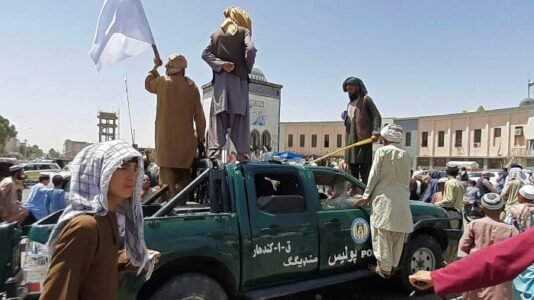 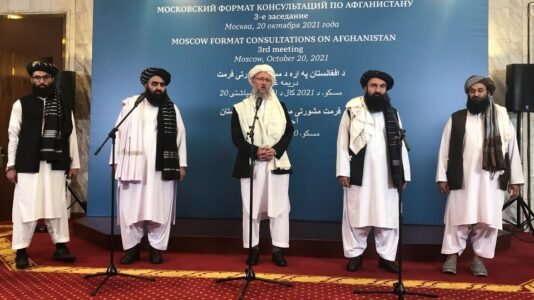 Sandhya Jain
304 views
Add comment
6 minutes
Lavrov said the Kremlin would not recognise the new regime until it fulfilled its promises regarding political and ethnic inclusivity, and curbing the spread of radicalism in the region. Sandhya Jain
1,100 views
Add comment
9 minutes
Given its internal and external conflicts and contradictions, the more pertinent question could well be about the longevity of the Taliban regime in Afghanistan. 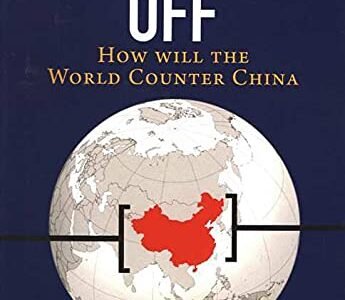 Book Review | Blinkers Off: How Will The World Counter China 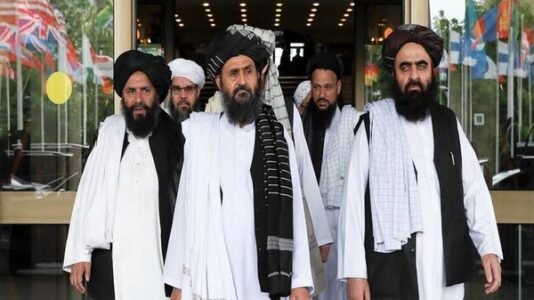 Sandhya Jain
297 views
Add comment
11 minutes
Present indications suggest that the group will not appoint a President to the Islamic Emirate, but will rule via a 12-member Council, the full shape of which is yet to emerge. 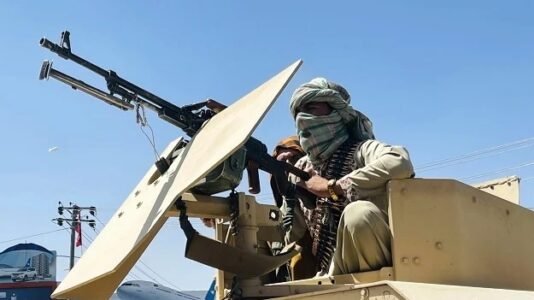 Mission Kabul: What next? 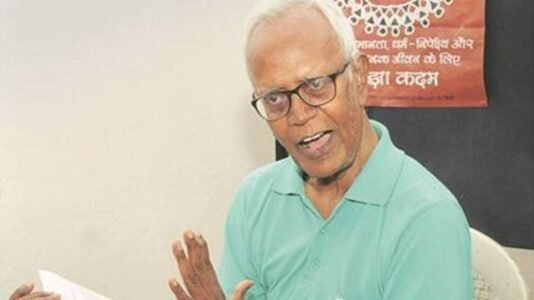 Missionaries and leftwing activists quickly labelled Jesuit priest, Father Stanislaus Lourdusamy, 83, as a martyr after his death at Holy Family Hospital, Mumbai, from Covid-19, possibly complicated by Parkinson’s disease and a host of other ailments. Stanislaus Lourdusamy, alleged to have Maoist sympathies and links to the banned Communist Party of India (Maoist), a charge denied by the Church, was arrested by the National Investigation Agency (NIA) from Ranchi in October 2020, in connection with caste-based violence in Pune’s Bhima Koregaon in 2018. He was sent to Mumbai, remanded to judicial custody, and lodged at Taloja Central Jail in Navi Mumbai.

Since then, he and other accused were denied bail under the Unlawful Activities (Prevention) Act, enacted by the Congress-led UPA to deal with threats to the integrity and sovereignty of India. Lourdusamy had been working in Jharkhand from 1991; the State is prone to Maoist violence.

The Elgaar Parishad was an evening program allegedly organised by banned Naxal groups, on December 31, 2017, where allegedly inflammatory speeches triggered violence on January 1, 2018, the 200th anniversary of the Battle of Bhima Koregaon where the Maratha-Peshwa army compelled the East India Company forces, which included Mahars, to retreat. However, after establishing their rule in western India, the British erected a memorial for soldiers of the 1818 Anglo-Maratha War and claimed that Company forces “accomplished one of the proudest triumphs of the British Army…”

British and Left historians projected the war as a battle between Mahar soldiers fighting for the British and the Brahmin Peshwa rulers of the Maratha empire, to create an artificial schism in society. The Elgaar Parishad speeches provoked clashes on January 1, 2018, left one dead and several injured, including 10 policemen.

The NIA took over the case in January 2020. Stanislaus Lourdusamy (also called Stan Swamy), was refused bail by the National Investigation Agency Court on March 22, 2021 on grounds that he conspired with Maoists seeking to overthrow the elected government and seize power through an armed rebellion. Examining the material on record, Special judge D.E. Kothalikar observed that it appeared that Lourdusamy was a member of the banned Maoist organisation Communist Party of India (Maoist).

This material included around 140 e-mails between Lourdusamy and his co-accused, whom he referred to as “comrades”, and a claim that Lourdusamy had received Rs 8 lakh from one Mohan, to pursue Maoist activities. These include preparing a blueprint to create militant units comprising disgruntled scheduled castes and minorities to fight the Indian government, from village to small town to urban areas. Lourdusamy claimed the e-mails and evidence were fabricated and planted.

Refusing bail on health grounds, the NIA court cited Supreme Court precedents: “If seriousness of the allegations made against the applicant are considered in proper perspective, in that case there will be no hesitation to conclude that the collective interest of the community would outweigh the right of personal liberty of the applicant and as such the old age and or alleged sickness of the applicant would not go in his favour…”

In denying bail, the court relied on Section 43D of the Unlawful Activities Prevention Act, which provides for rejection of bail application if the court, after considering the police report and case diary, believes that the allegations against the accused are prima facie true. The NIA has claimed that Lourdusamy was furthering the activities of the CPI (Maoist) through deep association with frontal bodies such as the Majdoor Sanghatan Samiti and Persecuted Prisoners Solidarity Committee. However, the NIA Court directed that Lourdusamy be shifted to a prison hospital.

Pune Police claimed that investigations revealed material regarding the operations of a larger underground network of banned Naxal groups. Left-wing extremism has been a serious problem in India for over a decade, taking hundreds of lives of security personnel and civilians.

The unnecessary and tendentious denial of a sipper (straw) to Lourdusamy by jail authorities definitely drew public sympathy for the accused. But otherwise, as his health deteriorated, he was given attendants to help him with his daily movements. As for medical aid, JJ Hospital opined that he did not need hospitalization, but should be given a walking stick or wheelchair for physical support.

Lourdusamy reportedly told a bench of the Bombay High Court via video conference that he did not want to go to JJ Hospital as he had been there twice and did not think it could help him. He was then moved to Holy Family Hospital, Bandra, on May 29, 2021, where he was treated for nearly six weeks before he died on July 5; hence medical neglect can be ruled out.

In an article, former Supreme Court judge Madan Lokur states that the Maharashtra Police searched the residence and office of Lourdusamy in Ranchi in August 2018 and found nothing incriminating against him. His Ranchi residence and office were again searched in June 2019. Then, in January 2020 the case was transferred to the National Investigation Agency.

The judge discusses Lourdusamy’s lengthy interrogations by the NIA, his arrest and the filing of a charge sheet against him (and others), for offences under the UAPA. He details Lourdusamy’s bail petitions and the discussion with the court regarding hospitalization, and concludes, “The entire episode leaves behind a feeling that Stan Swamy was virtually thrust a sentence of death without charges being framed against him and without a trial.” But if a charge sheet was filed, it means that charges were framed, though we shall not know if they could stand judicial scrutiny, as the case will not proceed against a dead man.

More disturbingly, however, Justice Lokur completely ignores the fact that Lourdusamy was sent to a reputed, Church-controlled hospital and was there for almost six weeks before he died. The cause of death (cardiac arrest) is common to many victims of COVID-19. To say that the accused was killed softly (from lyrics of an English song), is taking liberties with facts, bending truth to serve an ideological narrative, and doing a grave injustice to the judicial system of which the learned judge was once an eminent pillar, by bringing it into disrepute before the people. This claim of denial of medical treatment, though the accused was admittedly sent to the prison hospital, JJ Hospital (twice) and Holy Family Hospital, where he died, is now being repeated by a host of political leaders in a letter to the President of India.

Prima facie, there is nothing suspect about a COVID-19 death in a State that has had among the highest casualties in the country. However, if left-leaning activists, intellectuals and sympathisers feel that Lourdusamy’s end was suspicious, the Government of Maharashtra would do well to order an enquiry into the circumstances of his death. He died on July 5; the next hearing in his bail case was due on July 6, 2021. Both suspicions and lies about his demise should be appropriately nailed. 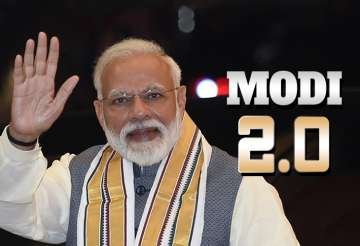 Triumphs and Challenges of Modi 2.0