Is the experiential a science ? – Part II

I have, indeed, been tilting Eastward. I humbly confess woeful ignorance of Indian tradition. My limited experience of Indian culture suggests to me that it is a beautiful tapestry of many diverse strands of being and thought that have deep roots in honorable wisdom traditions stretching back to the very beginnings of human civilization.

I am socialized and trained as an American psychologist. I say this with a mixture of feelings, as I have a “love/hate” relationship with my professional home. My ambivalent attitude stems from the fact that the field both has done some brilliant things and at the same time is a bit schizophrenic. I believe it is misguided in its current fragmented, empirical identity. That is, American psychology is fractured and confused and has a multitude of voices that will never be reconciled into a coherent frame of understanding simply via applying the methods of empirical science. In 2011, I wrote A New Unified Theory of Psychology, where I argued a new set of foundational concepts is needed to bring out its full potential and effectively define the science of psychology and generate a more unified approach to psychotherapy.

Deepak Loomba’s analysis of experience & the difference between the subjective & objective dissects  the conundrums that have always haunted the field. Modern scientific tradition that emerges in Europe in the 16th and 17th centuries was anchored to a fundamental shift in how knowledge is justified. Specifically, scientists like Galileo hated metaphysics and believed that the best map of the world was to be achieved via logic, mathematics & the measurement & experimentation of matter in motion. Aristotle believed that knowledge was justified if perception and logic effectively gripped and cohered with reality to create a shared understanding. However, the presupposition that this formula is sufficient was blown up as a result of the revelation by Copernicus and Galileo’s heliocentric model of the solar system. Subjective perception, even if agreed upon by the group to be reasonable and consistently coherent, was shown to be potentially flawed. Empirical observation from the third person’s exterior vantage point and grounded in measurement, mathematical analysis, and experimentation was then seen to be the way objective knowledge was justified. (See here for a wonderful transcript of a lecture summarizing these issues).

Of course, if one’s subject matter is the experiencing self, this requirement of data being anchored to the exterior point of view is a bit of a problem. Psychology faced what I call an “epistemological gap”. As Deepak notes, because of the way experience has been treated in India, this was not the case in that tradition. To deal with this gap and scientifically study the mind (which, BTW, might mean cognition or consciousness, depending on the paradigm), psychologists invented the concept “behavior”; which refers to observing how an animal exhibits awareness and functional response from the exterior. It turns out to be a very interesting concept. As this recent academic paper argues, I think psychologists are confused about how to think about it. I shift the traditional focus and differentiate “mental behavior” from behavior in general. I argue that the latter can serve as a unifying construct for “objective” science writ large. That is, I have come to see modern empirical natural science as being the systematic analysis of the structure and the processes (i.e., behaviors) of the universe across the scales, levels, and dimensions of existence. The Tree of Knowledge System provides a map of this view, depicting cosmic evolution as an unfolding wave of behavior across four different dimensions (Matter, Life, Mind, and Culture), mapped by four different domains of science (Physical, Biological, Psychological, and Social). My theoretical work has been on showing how this frame of matching these dimensions of reality to these domains of science can resolve psychology’s problems with being fragmented and poorly defined and we can generate a much more coherent identity.

Appreciation for major therapy approaches drove me to wonder about why these insights were not tied to the science of human psychology. It was by asking this question and diving into the literature that it dawned on me just how fragmented psychology was at the basic theoretical level. This fascinated me. Why did physicists and chemists and biologists have such strong, consensual agreement about their subject matter, whereas psychologists had nothing of the sort?

This awareness of what I came to call “the problem of psychology” led me down several rabbit holes and, I believe, some new insights. First, I believe that psychology’s problems stem from what I call the “Enlightenment Gap”. This refers to the fact that the Enlightenment (perhaps, unlike India’s ‘spiritual’ civilization) failed to generate a proper understanding of the relationship between matter and mind and between social and scientific understanding. Lacking such a frame, the science of psychology was doomed to be inadequately or incompletely framed since its very foundation.

It also resulted in my generating the “Unified Theory of Knowledge” (UTOK). I believe the UTOK carries the needed insights for bridging and resolving the Enlightenment Gap and solving the problem of psychology. It is named in reference to the influential book by E. O. Wilson. In Consilience: The Unity of Knowledge, he called for a vision of knowledge that could bridge the natural and social sciences with the humanities. I argue the problem of psychology is at the very center of the fractured divisions between the natural sciences, the social sciences, and the humanities. By developing a system that offers the proper relations between matter and mind and social and scientific knowledge, the UTOK solves the problem of psychology, fills the Enlightenment Gap, and affords us a new, more holistic vision of both reality and scientific knowledge.

It has also allowed me to break out of some of the confines in the traditions that I grew up with. This, in turn, has opened me to explore other traditions and drawn me in new directions. For example, Deepak’s ALCCO Approach (in his Book titled “Awareness & Consciousness, Distinction, Discovery & Evolution. The New Upanishad”) seems powerful and comprehensive, and I look forward to learning more. Indeed, there is much in the East I find to be enticing and transformative. I am tilting Eastward. It most definitely is the case.

Dr Gregg Henriques is an American psychologist. He is a professor for the Combined-Integrated Doctoral Program, at James Madison University, in Harrisonburg, Virginia, US. 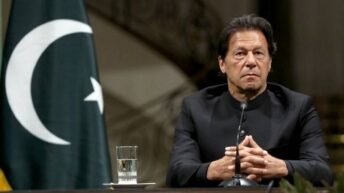 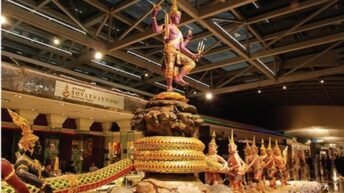 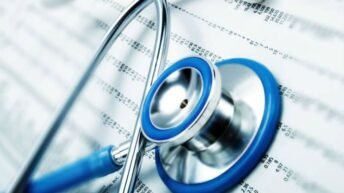