India has developed a rich tradition of business, trade and wealth management over thousands of years. The story of India’s wealth and riches is the very reason why her history has dealt with and faced so many invasions both imperialistic and non-imperialistic in nature. The evidence is plenty to suggest that not only did we manage and promote business and trade rather efficiently, but also created ample amount of textual records of how business is to be conducted for the welfare of the society. Distribution of wealth may have been skewed but there was a clear distribution of workforce based on skill and ability.

Despite this rich tradition, ever since economic liberalisation in 1991 and even before, management courses and syllabi have been heavily tilted towards the western narrative of business management. The western narrative developed post World War-II when the culture of large corporations and companies became popular in the West and is less than 100 years old. Most of the western theories, too, emerged from theories of public administration given by popular thinkers such as Paul Appleby and Max Weber among many others.

Even as we have become a modern fast paced growing economy, one of the largest in the world, we must realize that the ethos in which corporates and business houses function is Indian. Ethos comes from the Greek word ethikē and literally means spirit. The Indian spirit whether in habit, product choice, style of buying or selling is still rooted in thousands of years of traditions. This is a corollary on which many multinationals have worked to be able to cater to the Indian market. We all are aware of the aloo tikki burger and tandoori paneer pizza, sold by pan global companies in India. ‘Why did they need to innovate with their standard products?’ is a question we can all easily answer.

But then most of us have remained under a chimera that management and finance can only be taught on the basis of western literature and theories. The chimera is a result of cut and paste solutions that were adopted in post- independence India. While these theories are essential for us to partake of global trade and work with multi-nationals, the real Indian way of business was taken for granted and classical Indian textual models were considered unnecessary.

The fact that growing business and flourishing trade need a sustainable base for longevity is a tautology of sorts. This tautology is inherent in the Indian notion of ‘dharma’ which is derived from the Sanskrit word dhṛ or that which upholds and sustains. As per the Ṛg Veda, the connotation was not religion for Hinduism but was a way of life for a flourishing civilisation. Associated with this term was ṛta which means order. The aim of most Indian schools of thought was to create a sustainable, flourishing and welfare oriented society and ecology and business was surely embedded within our life processes.

I would like to argue that apart from the philosophical base set by these universal terms which are necessary for any business to be well managed (upholding order), there are three more concepts of Indian thought that form the pillars for the health of any organizational set up. These are karma, bhakti and jn͂āna.

While karma refers to action and jn͂āna to knowledge, bhakti refers to consistent virtuous action in all walks of life. Bhakti is the doggedness of the mind to a certain goal or cause. In fact, consistent profit making and growth parameters are an outcome of bhakti embedded well within the system and the people running it. It must be noted that the Indian mind does not distinguish between public and private morality. Every effective action (karma) involves knowledge (jn͂āna) and consistency (bhakti). The three are essential ingredients for any modern management theory as well.

But what is this Indian ethos? It is the very character or spirit of being Bhārtīya. Much like it is difficult to give an exact definition of concepts of good, blue, beautiful etc. similarly we can at best try to give a narration of Bhārtīya. its best definition is being it or realising it within. However, compelled by the need to give structure and content to the term, Bhārtīyata is a philosophy of action with mind, body and spirit working in unison. Thus, business karma also falls within the ambit of these three pillars that have served as the foundation for life processes- karma, bhakti and jn͂āna.

In the context of the business world, it includes attitudes associated with a group of people or a particular activity that qualifies it to be called tradition, culture, history and even ritual. For e.g. the whole ethos of the Taj Group of hotels is bent towards family care and customer service first. Even the notion of jugaad is a part of this which is nothing but a single concept for recycle, reduce and reuse (the three Rs), which are vital pillars of the discipline of modern ecology.

However, even as multi-nationals persistently try to innovate and Indianise whether its product manufacturing, people management, marketing or setting up large conglomerates, business schools have largely turned a blind eye to this ethos of which they are part and parcel in mind, body and spirit. It is time that Indian business schools and professionals must be apprised of economic management principles found in our classical literature whether the epics, Dharmaśāstras, Purāṇas and even the economic history of our culture.

Business Management is nothing but the science of dharma. It aims to create a sustainable business ṛta that gives lābh. Given the syncretic nature of Indian culture ‘lābh’ encompasses within itself not only individual gain but also wealth creation for the community. It is not translatable into profit alone. It refers to creation of value not just money. Value creation involves creating a sustainable system that grows economically to provide jobs, create some infrastructure, provide good goods and services to people and serve the community along with meeting the needs of one’s own family.

Gunjan Pradhan Sinha is an academician, journalist and independent researcher. She is the author of the book Dharma in Governance and has published over 2000 articles as a columnist in leading Indian dailies such as The Indian Express, The Economic Times and The Financial Express. In the initial part of her career, she plunged into a career of journalism writing extensively on public policy issues spanning over 8 years. She taught Philosophy at St. Stephen’s College for over 8 years from where she graduated as well. She also taught at Lady Shri Ram College, Miranda House and Jindal Global University. Currently, she teaches business ethics at Bhavan's Usha Lakshmi institute of management. 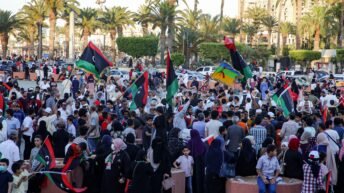