One of the most celebrated sculptures in the Indian civilization is the lithe, elegant, exquisite vigraha of Nataraja, the divine lord of dancers. Nataraja is the most brilliant symbolic manifestation of one of the Trinity Gods of Hinduism – Shiva. One of India’s greatest philosophers, historian and metaphysician Ananda K. Coomaraswamy, wrote on the power and grace of the Nataraja, “it is the clearest image of the activity of God which any art or religion can boast of.”

The very form depicts the joyous dance of life – of creation, sustenance and destruction, all three represented in a single image. Nata meaning dance, Raja meaning the King, Nataraja, the cosmic dancer is thus the King of Dance. Even today traditional dancers across India and the world do not begin their performances without salutations to Nataraja.

The iconography of Nataraja shows that the Cosmic Dancer is set inside a halo of flames. The divine lord dances within the circular ring called the Prabha Mandala, indicating the cycle of life, death and continuity. Some texts have also interpreted this fire as denoting the many colours of human life, fear, joy, sorrows, hope, all dissolving in the illusion of existence. Nataraja’s face radiates knowledge & serenity, and his four arms indicate the four cardinal directions.

The hour-glass like instrument he holds is the damaru representing the space & sound (sabda) of creation. Empty space enclosed in the damaru enabling it to generate sound (sabda) symbolises Akasha

The tresses jata of Nataraja are horizontal, flying out, revealing motion and the headdress ties them in place against the wind representing Vayu

The fire Nataraja holds in his left-hand represents Agni

Water flows from his head, signifying the life-giving water of Ganga- Apaha

The divine dance is balanced between the opposing concepts of nature of life – joy of creation and dissolution of self. The lotus upon which he dances is the human heart. The demon Apsamara or Muyalaka, on whom he dances embodies the ignorance of the individual. His lower right hand of benediction is in the gesture of the Abhaya mudra which says to the individual – “Do not fear, I shall protect & bless those who follow the path of righteousness with love & devotion.

Nataraja’s front left hand, pointing to his raised left foot, signifies freedom of the individual from the cycle of birth & death and all problems in-between. With every rhythm in his dance, he steps on the dwarfish demon who personifies the trap of worldly existence and his victory over it.

Upanishads are Vedantic texts that unfold the source and nature of existence. Upa means nearest, ni the ascertained knowledge Self, shad is that which removes the undesirable. Among the Upanishads which thus mean Self Knowledge that removes sorrow, The Taittriya Upanishad is a prominent one. This verse from the scripture evokes five elements that are believed to comprise the Universe.

“From the Supreme Atma, which is the Self, was born space. From space emerged air, from air was born fire. From fire was created water. From water sprang earth”

Akasha (space) is worshipped in the temple of Nataraja at Chidambaram, Tamizh Nadu.

The secret of this place is until the altar is understood as Space, the formless altar eludescomprehension.

Vayu (air) is invoked in the temple at Kalahasti, near Chittoor district of Andhra Pradesh. The main shrine has a flame that dances continuously without interruption because of the presence of air. This place is also known as the Kailash of the South.

Agni (fire) is worshipped in the Arunachaleshwar temple in Thiruvannamalai, Tamizh Nadu.  On the Tiruvannamalai hill near the temple a spectacular event of lighting a lamp visible up to 10 km away, takes place on a particular day every year. Lit in a five feet high cauldron with an enormous wick and gallons of oil; this is believed to be an ancient ritual practised over the aeons.

Apa (water) is worshipped in Thiruvanikaval temple near Tiruchi, Tamizh Nadu. The Linga has an underground water stream, where water flows perennially although it is pumped out from time to time.

Prithvi, Earth is worshipped in the Ekambareeshwar temple, Chennai, Tamizh Nadu. The Linga here is Svayambhu – self-manifested in the form of earthen soil.

Each of these temples is magnificent in its symbolic significance and there are grand festivals centred around the celebration of the principal elements they represent. The cosmic body of Nataraja is the grand total of these five elements.

The scientific symbolism that the Nataraja enshrines has not been lost on the global scientific community. Switzerland based European Organization for Nuclear Research, popularly known as CERN, that operates the largest particle physics laboratory in the world has a Nataraja statue at its entrance (pic above). CERN is known for the discovery of the God-particle (Higgs Boson elementary particle) in 2012. The cosmic dance of the Nataraja and the modern study of the ‘cosmic dance’ of subatomic particles both are attempts to unravel the mysteries of the universe and to understand the real nature of our existence.

The plaque on the statue at CERN reads “Modern physics has shown that the rhythm of creation and destruction is not only manifest in the turn of the seasons and in the birth and death of all living creatures, but is also the very essence of inorganic matter. For the modern physicists, then, Shiva’s dance is the dance of subatomic matter. Hundreds of years ago, Indian artists created visual images of dancing Shivas in a beautiful series of bronzes. In our time, physicists have used the most advanced technology to portray the patterns of the cosmic dance. The metaphor of the cosmic dance thus unifies ancient mythology, religious art and modern physics.”

Pavithra Srinivasan is Research Fellow at Center for Soft Power, Chennai. She is an acclaimed Bharatnatyam dancer, and founder of Arsha Kala Bharathi. 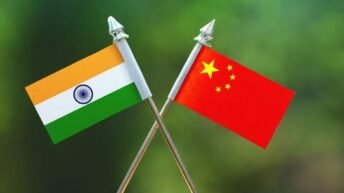